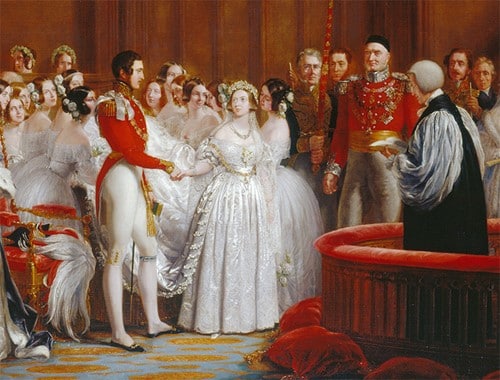 The White Wedding Dress – A History

Western brides didn’t always wear white on their wedding day, the story of how the white wedding dress became so popular is an interesting one.

When 20 year old Queen Victoria married Prince Albert on the 10th February 1840 she was a fashion icon of her time.

Determined to make a statement with her wedding dress, she chose a white gown of English Spitalfields silk, with a deep flounce of honiton lace, and a floral headdress.

In doing so she forever changed wedding fashion and influenced nearly two centuries of bridal style.

She also wore a satin train which was over six yards long, and she had twelve attendants to carry it down the aisle. 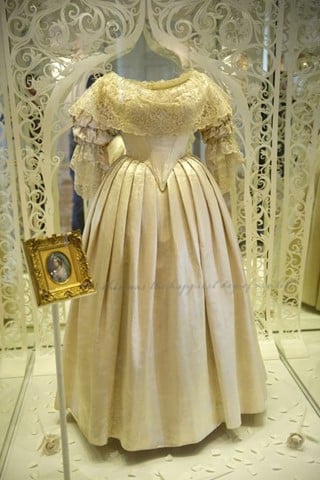 Prior to Queen Victoria’s bold fashion statement, western brides mostly wore brightly coloured wedding dresses that could be re-purposed to wear for future occasions, and would often wear a hat.

The fashion of the time was for Brussels lace, but Victoria’s choice of Honiton lace helped to revive the lace industry in Devon.

Queen Victoria’s floral headpiece contained Myrtle, which has been included in every British Royal Wedding ever since.

She described her wedding as ‘The happiest day of my life’.

In 1847 she wore the dress again to sit for a portrait which she gave to her husband Prince Albert on their seventh Wedding Anniversary. 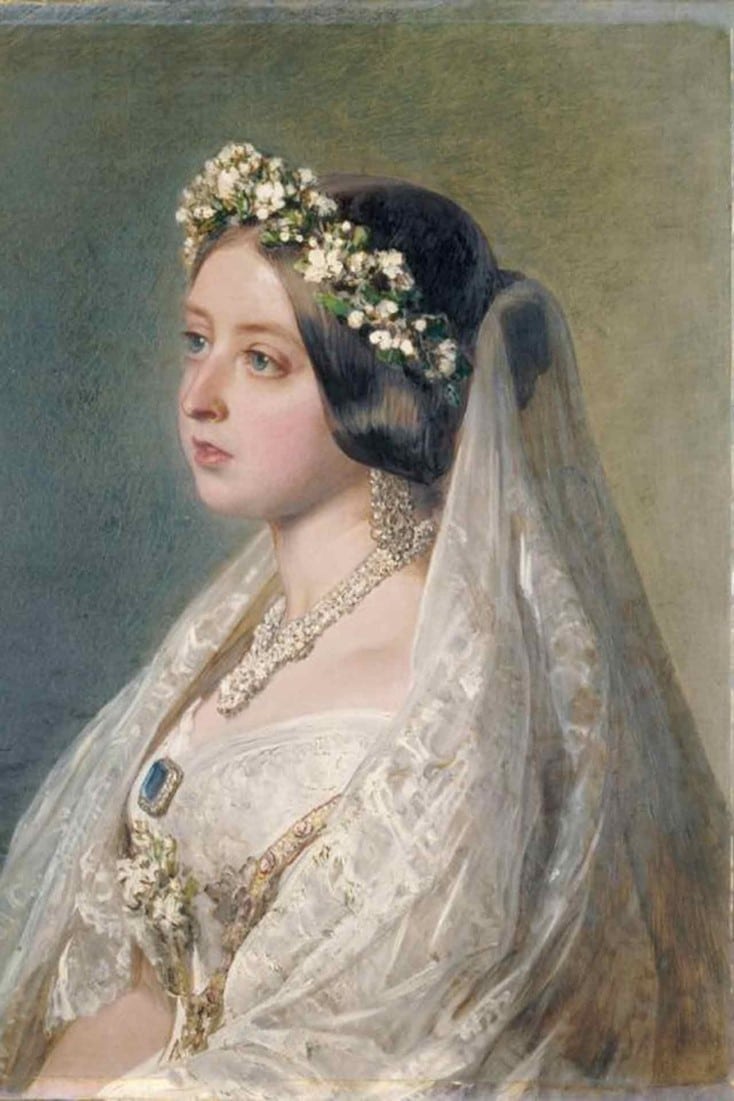 It is ironic that having popularised the wearing of white bridal gowns, she is more famously remembered for the black mourning dress that she was to wear for the rest of her life following the death of her beloved Albert in December 1861.