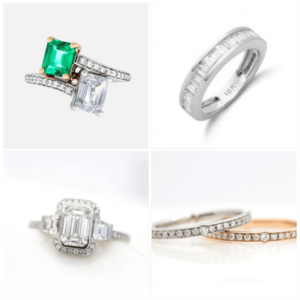 Hollywood Icons and Their Engagement Rings

If you are searching for your perfect engagement ring, what better inspiration than some of Hollywood’s most famous stars and their iconic looks. 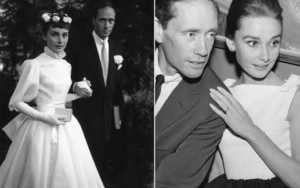 Audrey Hepburn was best known for her simple, refined, and elegant sense of style. 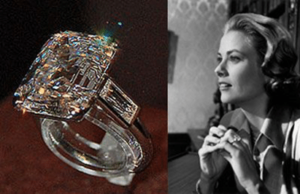 Grace Kelly’s engagement ring, along with her love story with Prince Rainier, is legendary.

The platinum ring featured an emerald-cut centre diamond weighing in at more than ten carats flanked by a pair of baguette-cut diamonds. 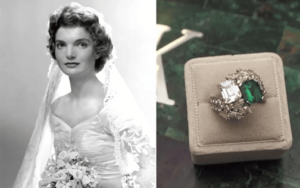 Jackie Kennedy’ s emerald and diamond engagement ring is  one of the most referenced in history.

Few women in the 20th century were more influential in terms of style than Jackie Kennedy, her engagement ring from JFK captured the clean-cut, timeless elegance that would forever define her. 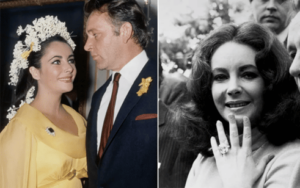 Of all her famous jewels there was one that Elizabeth Taylor wore more than any other in her vast collection of treasures – the Asscher cut diamond.

It was a giant dazzling diamond engagement ring, 33.19-carats to be exact.

From the moment Richard Burton gave it to her in 1968, Ms. Taylor wore it steadily throughout life at formal events and casual occasions. It was her signature jewel. 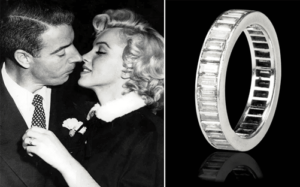 She famously sang “diamonds are a girl’s best friend” and Marilyn wore a remarkable eternity band from her marriage to Joe DiMaggio.

It was a fabulous platinum band set with 35 baguette diamonds.

Marilyn’s eternity band was versatile and timeless. The baguette diamonds gave it the wow factor, but it is also a traditional symbol of commitment.